At PNI, we are passionate about making products that really work. We get so many messages from people who tell us PNI has really changed their lives, which makes everything we do worthwhile.

Sometimes, though, we get feedback that is just that extra bit special. Earlier this year, one of our customers used Heart Health. She went as far as to send us her blood results, that’s how thrilled she was! The results speak for themselves, but here’s what our customer had to say 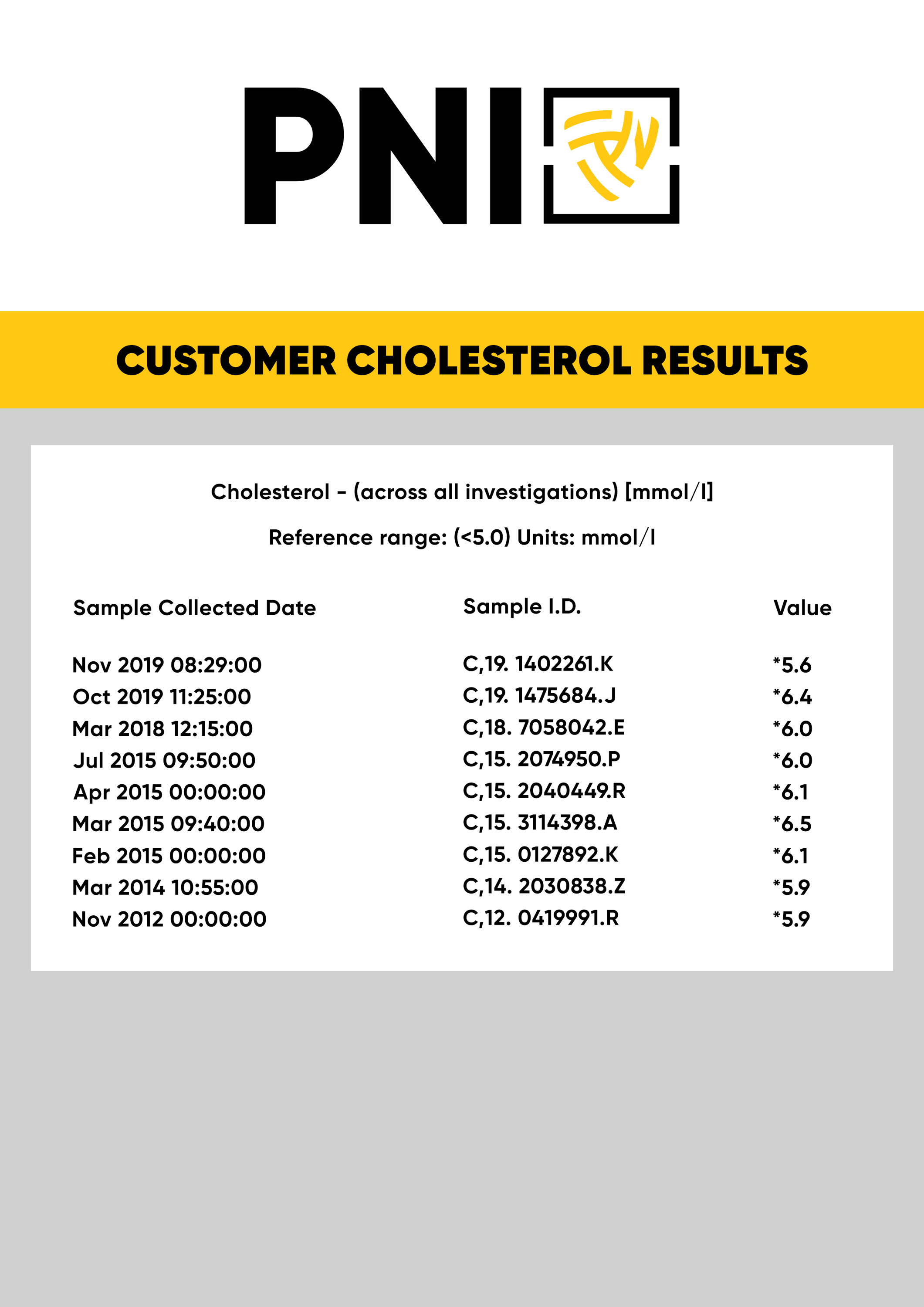 I have battled cancer for many years, thankfully with a lot of success. However, as part of my ongoing treatment plan, I have regular hospital check ups where my general health markers are monitored.

The doctors told me my cholesterol had become concerning. Over the past five years, it has risen to over 6.0 mmol/l - a healthy level is below 3 mmol/l! The highest reading I had was 6.4 mmol/l in October 2018.

The doctors told me this was dangerously high, and that I would need to start taking statins. I’d heard about the side effects and really didn’t want to go down that route. With my doctor’s agreement, I decided to try taking Heart Health for 30 days, with a view to then get my cholesterol levels tested again to see if there was any difference.

Four weeks later I could not believe the difference. Neither could the doctors!

My cholesterol dropped from 6.4 mmol/l to 5.6 mmol/l which is a staggering amount. The doctors told me this was the biggest difference they have ever seen without the use of prescription medication!

I can’t recommend this product enough, it has completely changed my life for the better.